Down Syndrome: Love Does Not Count Chromosomes

Down Syndrome: Love Does Not Count Chromosomes

Since 2006, the 21st of March has become a milestone for an important theme: it is the International Day of Down syndrome ! And the date was not chosen by chance. It is related to the genetic alteration on chromosome 21, which is usually formed by a pair. But, in the case of people with Down syndrome , it consists of three specimens (which is called trisomy). Hence, the day 3/21!

The Down syndrome is the most common genetic syndrome occurring there. According to data from the National Down Syndrome Society , it is estimated that one in every 700 births is to a child with this condition. Therefore, in addition to being a representative moment, this date is also an occasion to bring more visibility to the theme and dispel the prejudices that still exist in society.

My son has Down syndrome 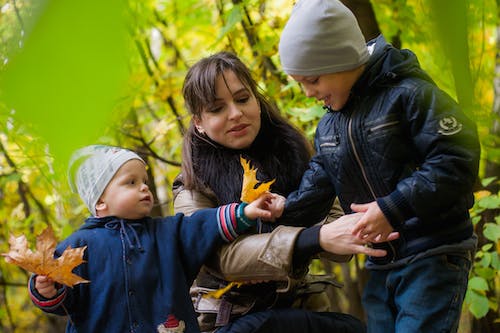 The birth of a child is an extremely awaited moment in the life of the parents, isn’t it? And with Daniella it was no different! Gustavo was an expected child. Prenatal examinations showed normal and healthy results, nothing to worry about. It was only at birth that the doctor noticed: the boy had Down syndrome. “It was a scare. I was shocked, because I was not prepared for this ”, she comments.

In addition, Guga, as he is affectionately called, still had to undergo three surgeries. The family, who at the time lived in São Paulo (SP), soon learned more about Down syndrome. Therefore, as soon as he was discharged, the boy started physiotherapy, occupational therapy and speech therapy sessions, on medical advice.

In Poços de Caldas (MG), a new challenge came: the choice of school. “We chose a constructivist institution. My oldest son, Daniel, had already studied at a school with this method and we found it very interesting. In addition, the two went to the same school. And being with your brother also helps a lot ”, points out Daniella.

Regarding prejudice, Daniella says she never suffered. But being with her son made her witness some situations. “I often perceive a look of pity. It makes you want to say that you don’t need to feel sorry, even because there is no reason for that. Guga is a super healthy child, who is happy with what really matters: the whole family together ”, he adds.

Art as a way to dispel prejudices

Down syndrome was discovered in 1862. As usually occurs, the syndrome was named after its precursor , the British physician John Langdon Down. The expression, which in English means low , is sometimes questioned by those who live with people in the condition. Deto Montenegro, creator of the theater company Oficina dos Menestréis, from São Paulo, is one of them.

In 2009, Deto decided to create a social project, which offers free classes for children with Down syndrome. But this nomenclature did not please him. “I thought that Down name was very ugly. Then a friend asked me: why don’t you call u p , which is the opposite? And Project Up was left ”, he explains.

Deto Montenegro with his team from Projeto Up. (Photo: Galera do Click)

With almost ten years of existence, the classes of Project Up increase more and more. And for the shows to go out as agreed, the classes are drawn and offer the same level of difficulty as those for students in regular classes. Deto explains that the reason for all this is very simple: he never wanted to differentiate his students.